Amazon Wireless continues to provide surprises for android smartphone price in the United States. Now it has a great deal for customers willing to sign a new 2-year contract agreement with AT&T, it’s selling the carrier’s Samsung Galaxy S3 for only $ 79.99. The price is available only with a new line – if you need to upgrade your contract, the S3 costs $ 99.99. 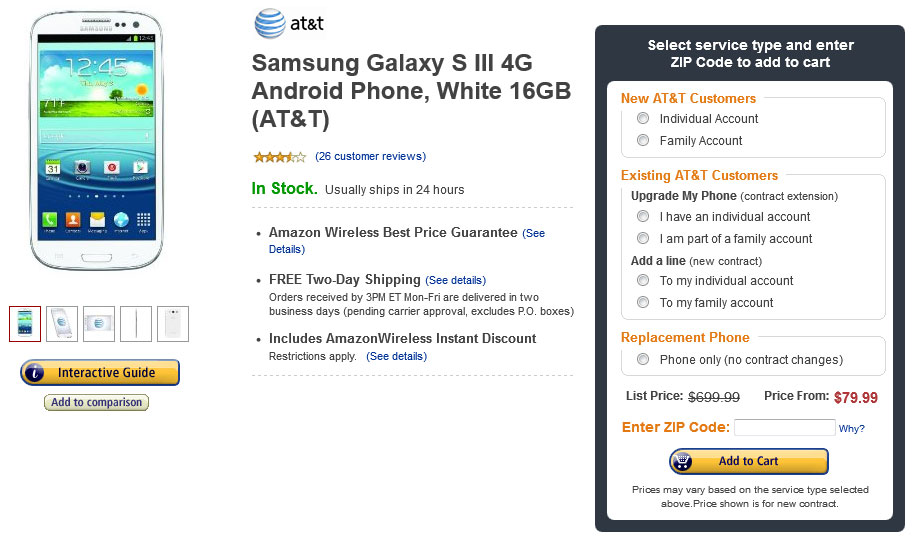 The red version of the Samsung Galaxy S3 is not available at Amazon – so if you absolutely want that, you will have to get it from AT & T (where it costs $ 199.99, just like the white and blue editions). Anyway, you can go here to buy the AT&T Galaxy S3 in white for $ 79.99, or here to get it in blue.

Launched by AT&T in July with Android 4.0 Ice Cream Sandwich, the Samsung Galaxy S3 is currently running Android 4.1.1 Jelly Bean. An update to Jelly Bean 4.2 should be released sometime next year.

Samsung has sold more than 30 million Galaxy S3 units around the world until now.